In this lesson, we will tell you the ABC of one of the most popular technical analysis methods – the Elliott wave principle.

In Central America, Elliott contracted a debilitating intestinal illness, which forced him into early retirement and he decided to dedicate himself to the analysis of stock markets. He noted that the price dynamic, which is supposed to be chaotic, actually unfolds in specific patterns that in their turn can be classified into even smaller patterns. In 1938, he published the results of his study in the book entitled The Wave Principle. Later, Elliott expanded his theory to apply to all collective human behaviors and published his most comprehensive work Nature’s Law–The Secret of the Universe in 1946.

” According to the Elliott principle, market prices follow some recurrent cycles. Prices change their dynamics based on crowd behavior. “

These cycles that a price repeats were called ‘waves’. To identify a further price movement correctly, you need to find out what wave pattern takes place.

Traders appreciated the advantages of the Elliott theory quite soon as it enabled them to find reversal points on their own.

The Elliott wave analysis divides the dominant trend into five waves, with three impulse waves going alongside the major trend and two corrective waves going against it. 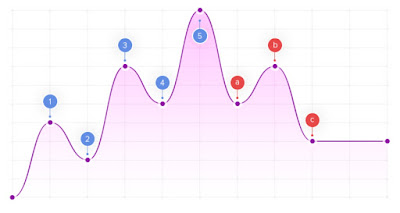 This wave pattern is enumerated by 1 to 5. Once the pattern is completed, it is followed by a correction that includes two waves alongside the trend and one corrective wave. These three waves are labeled A, B, and C. 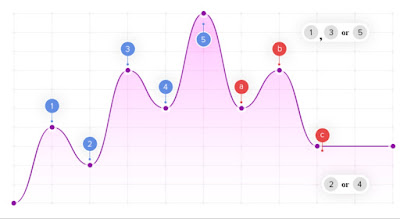 This is the classic theory interpretation. However, currently, there are some updated versions.

Take a look at the EUR/USD price chart. Here you can see a complete Elliott wave pattern. The red line shows main waves of the pattern; while the yellow line indicates smaller parts, which waves consist of. 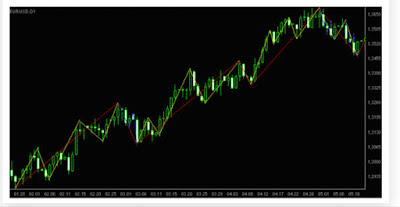 To study the Wave theory basics in detail, we need to analyze each wave separately. 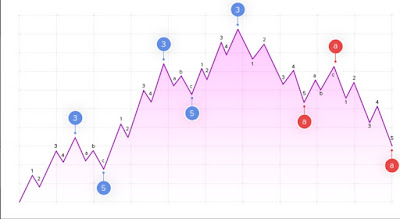 Waves broken down into smaller waves

Wave one starts moving upwards lead by a ‘motive’ from traders willing to buy a currency. It means the price starts rising. Then wave two follows it indicating that the market is full of buyers and the price has grown enough to fix profits. The price edges down but not lower than wave one. Wave three is usually the largest and most powerful. The currency receives the highest attention of investors amid the surging price. The price hits a high level, usually way above wave one. Wave four begins when the price is too high and market participants begin to close their deals. This wave is not as clearly defined as the others because some investors still hope for a further growth. Wave five is the final leg in the direction of the dominant trend. The price is too high and it signals a soon development of the ABC correction.

Once the five-wave pattern is completed, a three-wave corrective pattern begins. It is directed against the major trend. Elliott described twenty-one ABC patterns depending on the situation in the market. But they all can be simplified to three waves.

The waves can be further broken down into more waves. Elliott categorized the waves according to their relative size (degree): grand supercycle, supercycle, cycle, primary, intermediate, minor, minute, minuette, and subminuette.

” At first sight, the Elliott wave principle seems complicated, but there are three rules that will ease its understanding and ensure correct analysis. “

First, wave three cannot be the shortest among other impulse waves (waves 1 and 5). Secondly, wave four does not overlap with the price territory of wave one. And third, wave two never retraces more than 100% of wave one. 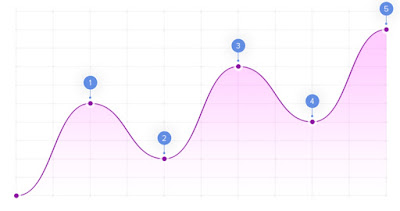 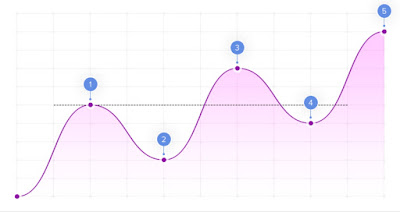 Violations of the wave rules