Below we have listed a number of indicators used in technical analysis that are available in the MetaTrader trading platform.

One of the most common technical tools used to determine a market trend (i.e. the tendency of the financial asset’s price to move in a particular direction). This indicator was described in full detail by Welles Wilder in his book New Concepts in Technical Trading Systems.

This technical indicator is composed of two moving average lines. One of the lines is shifted upwards; and the other, downwards. When the market moves beyond the limits of a trading range as a result of active sell-offs or purchases, the trend is most likely to reverse.

This tool has gained widespread recognition among technical analysts. MAs may be either used on their own or form the basis for other, more complex, trading indicators. Moving averages are measured over a predefined time period. Longer time frames reduce the probability of false signals but at the same time weaken the sensitivity of an MA to price data.

The MACD is an oscillator reflecting the difference between two exponential moving averages (EMAs) of closing prices. It is commonly calculated by subtracting a 26-day EMA from a 12-day EMA. However, the function actually uses exponential constants of 0.075 and 0.15, which are closer to 25.6667 and 12.3333 periods. A 9-period EMA of the MACD line is often used as a signal line on the MACD histogram.

This technical indicator measures the rate of an asset’s price fluctuations for a given period of time rather than prices themselves.

In general, an oscillator is calculated as a difference between a shorter-term moving average and a longer-term MA.

The Parabolic SAR is an indicator plotted on a price chart that is similar to a moving average. The SAR stands for Stop and Reverse as this tool is used to identify points of potential trend stops and reversals. Unlike MAs, the Parabolic SAR moves with higher acceleration (referred to as the Acceleration Factor) and may change its position relative to prices. If the price breaks through the Parabolic SAR lines, the indicator signals a potential stop or reversal of a trend. In this case, further SAR values will be placed on the opposite side of price action. When a reversal takes place, the highest or lowest price over the previous period will act as a reference point. Such a reversal indicates either the end of a trend (i.e. an asset starts correcting or trading sideways) or its reversal.

One of the most effective and simple oscillators that reflects the percentage change in price from one period to the next. The Rate of Change is measured by comparing the current price with the price n periods ago. Such periods can range from one minute to one month.

The RSI is a technical indicator measuring the strength and speed of price changes. This oscillator is based on closing prices as it compares the average upward and downward price movements over a specified time period.

This indicator shows the degree of variation between the actual price and its average value over a certain time period. The Standard Deviation is calculated as the average square root of price deviation from its moving average.

This tool compares the current closing price with the price range for a predefined period of time. The Stochastic Oscillator consists of two separate lines.

This is a dynamic indicator that determines overbought and oversold conditions. It represents a single line plotted on an upside-down scale.

The most sophisticated chartists can benefit from the opportunity to export MetaTrader data to specialized trading systems such as Omega TradeStation and MetaStock for more detailed technical analysis. 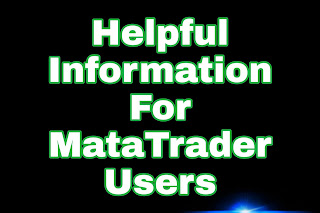