” As you know, market movements forecasting is based on two types of analysis: technical and fundamental. “

We have already explored the methods of technical analysis in course of our preceding lectures; now it is time for fundamental analysis.

So, let’s get started. Only few economic factors can influence currency exchange rates. The rest of indicators are mainly used by economists or other markets. These factors confirm to some degree a possible or existing trend in the economy, which does not have a direct impact on the forex market. Therefore, such factors are just absorbed by usual market fluctuations. Fundamental analysis is a way to assess both economic growth in separate countries and the global economic situation, including their mutual influence, allowing for numerous economic indicators and factors. Some deciding events happen accidentally, others are published on a set schedule by government, non-government scientific research organizations.

” Any kind of information that contributes to the economic well-being belongs to fundamental data. “

It can be divided into four major groups, including economic factors, financial factors, political events, and periods of crisis. 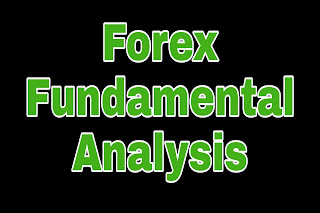