The flag and pennant patterns appear on price charts quite often.

” The flag is considered the most reliable pattern in technical analysis. It is a continuation pattern serving as a consolidation period after sharp changes. “

A flag appears when market participants need a sort of a break after bears fix their profits, followed by bulls or vice versa. Of course, they cannot cash in profits simultaneously; that is why a short opposite trend appears. A flag is usually directed in the same way as the trend that dominated when the pattern appeared. A breakout in one direction or another is a sign of uptrend or downtrend continuation. However, if the breach direction is opposite to the major trend, you should be ready for a trend reversal. 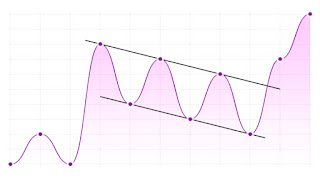 Bullish flag
The pennant is a short consolidation within the current trend. This pattern’s key feature is that it is formed in the presence of very strong market movements.
A pennant is a short-term pattern with the direction opposite to the major trend. In this case, there is no correction. The flag’s parallel lines converge in the pennant pattern; therefore, it is sometimes mistaken for a triangle. However, unlike the triangle pattern, a pennant forms quickly and has the opposite direction to the major trend, which is not that important. You should pay close attention to the direction of a breakout as it indicates either a trend continuation or its reversal. 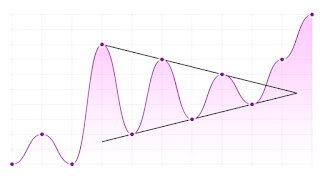 ” The rectangle is formed when the price is moving between two parallel lines (support and resistance). Highs and lows are located horizontally. “

A rectangle is a pattern indicating a longer price consolidation after a very strong major trend. As a rule, prices exit the rectangle pattern in the same direction they entered it. 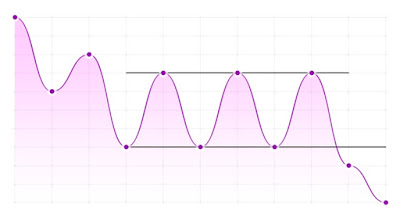 ” To identify continuation patterns, you can use weekly, monthly, and even intraday charts. “

The following is true for all the mentioned patterns: the more traders discover a pattern, the more chances there are for market shifts. However, remember that different forex time frames imply different patterns.