These indicators help forecast developments in the economy 6-9 months ahead.

The discount rate set by the national central bank, interest rate, is the most valuable factor. Most experts consider this indicator to be dominant in calculating one currency’s exchange rate against the others. However, the national currency not always rises when the interest rate is hiked. Forex trading allows for numerous factors that we are going to explore now.

All changes in monetary and fiscal policies are intended for stimulating the economic growth in the country. The currency exchange market is responding immediately to such developments. As a role, financial factors act as the primary tool of influence when governments, for example the US authorities or the European Economic Community, have to focus on international responsibilities towards the global society. The key role in this process belongs to the central bank of a particular country. Thus, the Federal Reserve Bank is the US financial regulator which set the US dollar exchange rate against the other majors. Now let’s see how the Fed determines its monetary policy, what tools it uses pursuing its aims.

” The US Federal Reserve Bank can influence the US economy using the key interest rates, which are the major interest rates that determine bank lending rates and the cost of credit for borrowers. “

The two key interest rates in the United States are the discount rate and the Federal Funds rate. The discount rate is the interest rate charged to commercial banks for loans received from the Federal Reserve Bank. Overnight federal funds rate is applicable to the depositary institutions when they borrow and lend overnight funds maintained at the Federal Reserve. Changing these rates, the US regulator can indirectly influence the economic growth rate and inflation. Let’s study the most influential financial factors affecting the national currency exchange rate. They are Money Supply and Interest Rates.

Money Supply is a total stock of money circulating in an economy.

The indicator is comprised of:

Data on the US Money Supply is published every Thursday.

Interest Rates is defined as an interest rate which the financial regulator charged to commercial banks. The indicator has a huge impact on the currency exchange rates. Interest rates tracking is what the fundamental analysis of market conditions should be start with. This process is not an easy thing. That is why central banks are usually reluctant to raise rates and do it as rare as once per several years. However, the current economic situation is deciding factor in the interest rate hike decision rather than the will of the regulator.

” It is important to realize that the higher the interest rate is, the stronger the national currency. “

As foreign exchange implies simultaneous transactions in two currencies, then it follows that traders should focus on two respective interest rates as well. This is the Interest Rate Differential, one of the basic factors in the markets. However, not only changer in the interest rates should be followed.

Traders approach the interest rates like any other indicator. They trade on expectations and rumors first and then they look at facts. Therefore, regulator’s decision on deposit rate changing made at another monetary policy meeting can have no impact on the market if it was forecasted by experts.

” In case the interest rate was adjusted on a base of political factors rather than financial, the market can oppose the decision of the regulator using the fundamental analysis. “

An unexpected change in interest rates is likely to trigger a sharp currency move.

Now it is time to discuss an impact which political factors have on the global currency exchange market. An effect of planned events such as president elections is usually easy to predict. Usually, they cause a short-term decline in the national currency in the US. The situation looks different in the European countries. In case one of socialist parties, which traditionally draw no support from business sector, comes to power in any region, the national currency weakens against the greenback for a short term as a rule. On the other hand, the national currency usually advances when power is gained by one of the parties supported by local entrepreneurs who are betting on an upturn in the country’s economy.

But that was before the euro was introduced. Currently, socialists are in power in many European countries. Thus, Mario Draghi replaced Jean-Claude Trichet as the president of the European Central Bank. However, regardless of who heads the European regulator, the ECB aims to ensure financial stability in the eurozone. Inflation risk is considered to be one of the major threats. The eurozone harmonized index of consumer priced should not exceed the level of 2%.

” Meanwhile, the modern live leaves plenty room for unexpected events, which are impossible to predict. This is a huge variety including wars, military coups, assassinations etc. “

When risks are high, investors turn to so called safe haven assets. Over the past decades, this category included the US dollar and Swiss franc. These currencies go upwards under critical conditions that are usually characterized by increasing demand. Gold, which is another safe haven asset, should not been ruled out. The British pound also can serve as the safe haven. If, for example, the situation in the South-East Asia tightens, such as due to an increasing threat of war with North Korea or in the Middle East where crude production contracts during armed conflicts as a rule, sharp falls in the Japanese yen should be expected.

A rise in global crude price causes an advance in the British pound as the UK economy depends on exports or crude oil extracted in the North Sea. As a rule, fluctuations in commodity prices influence the currencies which belong to countries whose economy is reliant on certain commodity exports. For example, such countries are Canada, Norway, and Finland. As commodities are priced in US dollars, the US national currency usually gains from rising commodity prices.

” Fundamental analysis allows for a wide array of various factors. This method is a whole science on its own. “

However, some factors determined in the fundamental analysis could have a delayed impact on the currency exchange market. Sometimes, traders have to hold off for a few days or even months. In case you could not make any decision about the market situation within this time frame, it is better to stay away. The best solution in such case is to wait until the market, a trend in particular, will generate clear signals of directional movements.

Click the link, to see an economic calendar which comprised brief description and approximate timing of macroeconomic data releases. 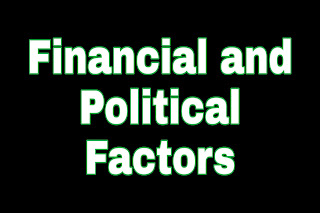